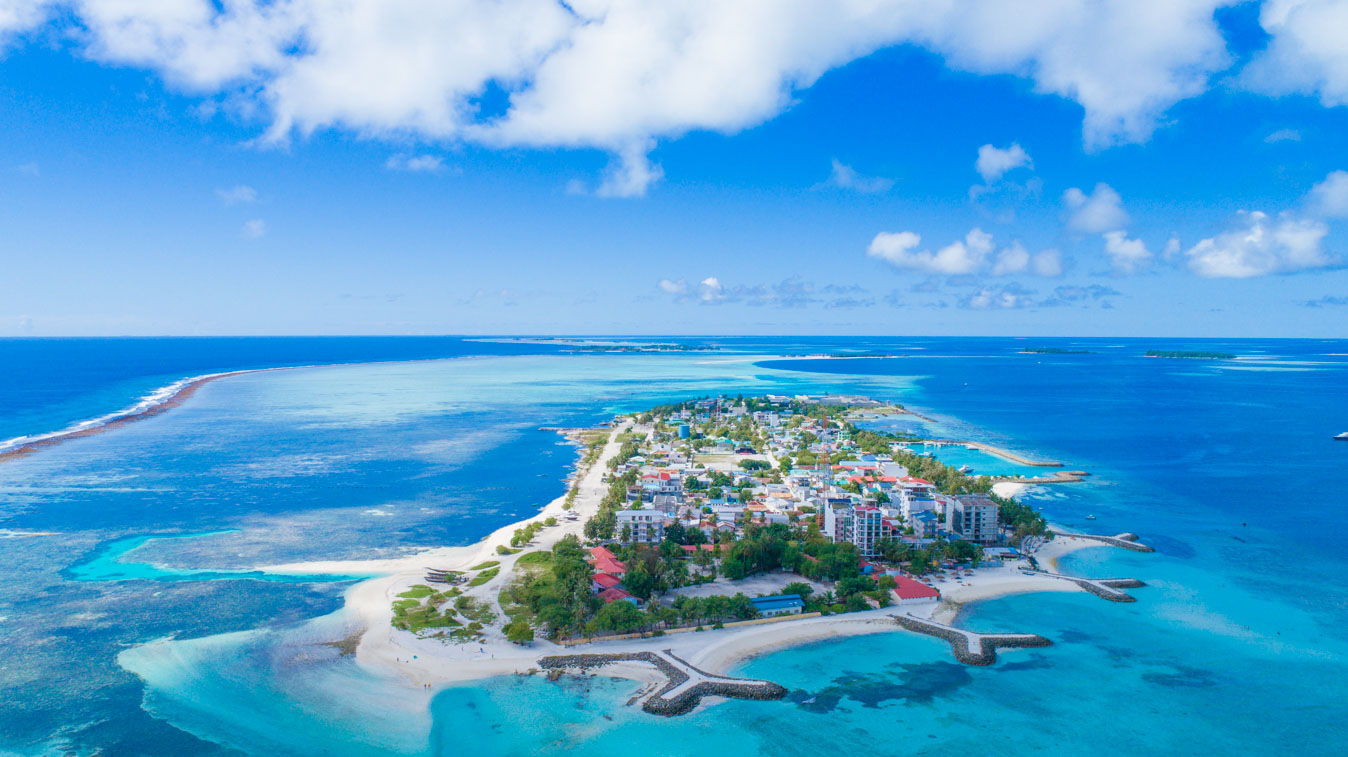 Maafushi Maldives – the Island with a thriving local tourism economy and the most number of guest houses and guest beds in the country. Situated just 26 km from Male’( the Capital City), It takes only 25 minutes from the maldives International Airport to reach, explore and experience the real beauty and the local lifestyle of the Maldivians.

You get to spend your holiday amid the locals in one of their local Islands with first hand experience of Maldivian lifestyle. And embrace the white sandy beaches, the crystal clear lagoons framed by the palm trees rustling in the eternal summer breeze. You are also privileged enough to explore the real Maldives as you are situated in a friendly community where fishing has been the main economy for generations. – Spend you holiday in the  relaxed Maldivian Lifestyle, one of a lifetime experience.

While more than sixty families benefit directly from fishing, tourism industry has taken a new turn since 2010. With the government regulation allowing opening of Guest Houses in local islands, Maafushi was the first to secure an investment in tourism accommodation. The first guest house was opened in January 2010, and since then, many more have opened and they have provided the local community with foreign currency inflows. Tourists from neighboring resort islands also visit Maafushi for island hopping and Maafushi provides them with shopping opportunity with souvenir shops at assigned areas of the island.

According to the latest Census conducted in 2014, the total population of Maafushi Maldives is at 2,692 out of which 2,340 are Maldivians and 352 foreigners. There has been a 17% increase in the residing population of the Island since the previous Census which was done in 2006. The population of Maafushi represents 13.84% of the total locality (Kaafu Atoll). This boom in population is mainly due to the guest house / hotel industry growth witnessed during the last 5 years.

In accordance with the recently passed Decentralization Act of Maldives,Maafushi Maldives is governed by an elected Island Council composed of five Councillors. The Council is headed by the President of the Council. The Island Council reports to the Local Government Authority (LGA). As democracy and decentralization is at the infant stage in Maldives, the councillors, and the government find it difficult to deal with important issues like land, and resource utilization. There are still many legal issues that need to be settled, before the island council can confidently perform its duties independently. There is also the issue of lack of know-how among the councillors. Most councillors are without basic education, and find it difficult to manage the day-to-day affairs of the island.

Although the Maldives has a rich and diverse cultural heritage; Islam is the only religion in the Maldives.  The dress code is modest outside of tourist resorts as a sign of respect to the community. Maafushi Maldives has made special arrangements with the Island Council for tourists to sunbathe in bikinis on the private tourist beach (available to all tourists on the island). This is discreetly tucked away behind some palm-leaf screens.  This is very fortunate as the Maldivian law does not permit bikinis on most inhabited beaches.

The main objective of allowing guest houses in local islands by the government in 2009 is to make economic growth more inclusive. As guest houses allow local residents to earn a living directly while residing in the island, it also makes tourism receipts more inclusive, and income distribution more even. Prior this policy, tourist establishments were allowed only on separate uninhabited islands, and they are mostly called “Resorts”. Most these resorts are owned and operated by few businessmen in the country, and the rest are owned and operated by foreign companies. Hence, the true benefits of tourism were not penetrated to the local citizens of the country. This was evident by the most recent economic survey conducted by the Government, which revealed that over a period of 5 years, the income distribution of the country has become more uneven, although the country’s GDP has expanded.