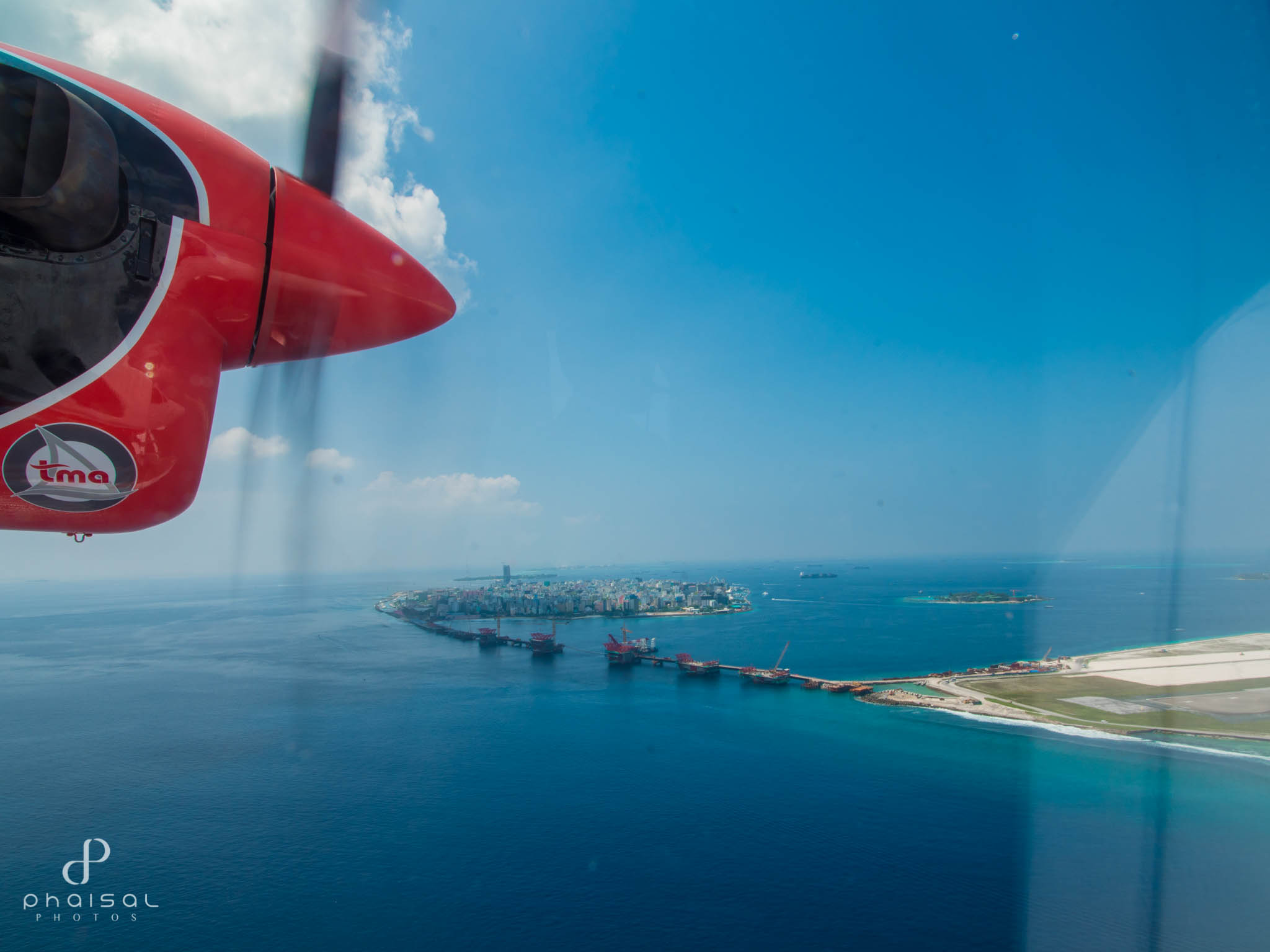 Male’ is the capital city of the Maldives and the seat of the executive, legislature and judicial branches of the government of the Maldives. Male’ is also the financial and commercial capital of the country. Accordingly major government offices, banks and businesses are based on Male’.

Male’ city is one of the most densely populated cities of the world. Administratively neighbouring islands of Villingili and Hulhumale’ are considered as constituencies of Male’ City. Hulhumale’ is an artificially reclaimed island.

You can reach the bustling capital of the Maldives via ferry boats operated round the clock between the airport island Hulhule’ and Male’ City. There are luxury and budget hotels offering accommodation in the capital. Numerous classy guest houses have also opened up in neighbouring Hulhumale’ and Villingili islands reachable through ferry boats and speed launch transfers.
Once you reach Male’ you will be greeted by a giant flag located in the Republic Square proudly displaying the national colours of the Maldives. This square has a small park where locals and visitors hang-out. The Republic Square is found close to the north shore of Male’.
The largest city and capital in Maldives is Male, with an estimated population of 63,000. This is followed by Addu City (32,000) and Fuvahmulah (12,000). These are the only cities with a population surpassing 10,000.

best place to visit in male’
* The Islamic Centre
The Islamic Centre opened in 1984, is a popular attraction for tourists. The Islamic Centre is known for excellent architecture fused with traditional Maldivian and Islamic concepts. The magnificent golden domes of the Centre ornament the skyline of Male’.  The interior of the mosque is adorned with intricate wood carvings and Arabic calligraphy. The building houses the largest mosque in the Maldives named after the national hero of the country Sultan Muhammad Thakurufaanu Al Auzam. It also has a large conference hall, numerous offices and an Islamic library.

This shrine is found a few steps away from the Friday Mosque. According to local legend, this shrine is the final resting place of the Moroccan Islamic scholar who is credited with introducing Islam to the nation. The name of the scholar is Abul Barakaath Yoosuf al Barbaree.

The National Museum was first opened in 1952. However, the place underwent a major revamping process and a brand new National Museum was opened in 2010. The museum preserves a wealthy collection of items. Artefacts and relics from pre- Islamic period to post Islamic period are displayed here. Regal dresses and items associated with Maldivian royalty can be explored. A rich collection depicting Maldivian craftsmanship and artistry is also displayed. You will even have the chance to discover moon rocks in the museum.

The Tsunami Monument is located in the southwest corner of Male’. This monument commiserates the devastation caused to the Maldives by the 2004 Indian Ocean Earthquake and Tsunami. Many lives were lost and inhabited islands were decimated that day. The stainless steel structure has round circles representing the number of the people killed during the Tsunami.

A visit to the Maldives is not complete without visiting the epicentre of the country. Indulge in shopping in various markets and shops spread across Male’. Feast from excellent restaurants and cafes offering international and local cuisine.